“Education is always messy and this distance learning has been no exception – but you learn best through the mess! So go ahead and try these tools, because once you figure it out you’ll wonder why you weren’t doing it before.” Corey Mott, Kindergarten Teacher in Groton Public Schools District, Connecticut USA.

Kami has been at the center of kindergarten teacher Corey Mott’s life since 2018. As the instructional tech coach for his department, and a keen app user, Corey wanted to find a quick and easy way to cultivate a paperless environment for himself and his students. A great environmental and cost-saving initiative as a staggering 10 percent of a school’s annual budget is currently spent on printing and copying alone.

“I tried all sorts of things … what I really needed was a way to annotate over my student assessments … eventually, someone mentioned Kami, so I started playing with it and quickly discovered it was perfect… it was so easy to use and it integrates seamlessly with Google Drive. Now with Kami, I am completely paperless and most of my first-grade team have also been able to go paperless with it.”

But what started as simply a way to reduce paperwork has since become a campaign to introduce digital creativity and collaboration to Corey’s kindergarten class, both physically and throughout distance learning. We caught up with Corey to learn more about how he’s been using Kami:

Bringing Kami to the Kindergarten classroom

Prior to distance learning, Corey was experimenting with making Kami part of a variety of exercises in the classroom. “It was already my go-to tool for teacher admin, primarily note-taking and assessments, but I was trying out more classroom use.”

Some of Corey’s top Kami activities were:

With Kami, Corey could edit documents in the classroom and put them live online for parents to access securely from home. “I could sit down and fill out behavior charts with my students in class and their parents could immediately see it from home.  Academically, Kami was great for showing parents on a regular basis how their child was doing currently and where they were going in the coming weeks..”

Corey’s class had great fun creating a class book that featured all of the students, complete with photos from the classroom. Using a template from Google Slides, Corey was able to put this together using Kami for editing, adding student writing, and adding pictures. Everyone was involved and got a printed copy of their shared masterpiece to take home.

Handwriting and letter recognition is a big part of any kindergarten class, but Corey wanted to give the traditional exercise a bit of a twist. Using Kami’s Drawing Tool on the class iPad he was able to create a group writing project. “We opened the template on Kami with my iPad and then each student could write out the sentence or word assigned to them on the screen.”

Even better the students could help each other out with their handwriting work when Corey projected his iPad’s Kami screen onto the whiteboard. “The kids could write on the class iPad and then everyone else could see it on the board.”

Discovered @usekamiapp today! I am so excited to try this program in my kindergarten classroom this fall. Kami allows you to make any PDF worksheet into an interactive document! Students can mark the worksheet up and then upload back into Google Classroom. 💻 pic.twitter.com/cnLWeSKjZi

Not only has Kami added classroom value, but it also proved a lifeline for communication, engagement and education during school shutdown and remote learning. “We had 2 weeks to prepare for distance learning.” Working from the district’s mentality of “go slow and grow” Corey was able to use that time preparing activities and helping fellow teachers get to grips with essential tech tools.

For many teachers and notably in Corey’s classroom, Kami was a significant feature. “Kami was essential because most parents just didn’t have access to a printer.” This made it impossible to send out files for parents to print, so Corey needed a way for his students to be able to complete work on a digital device.

Completing worksheets: For both teachers and students Kami was a lifeline for accessing school work. Using Kami students could complete the same sheets and exercises as they would be doing in a normal class. A huge bonus for Corey and colleagues was that Kami works on PDFs and even scanned documents, so nobody had to spend hours recreating worksheets in Google Docs.

Accessibility for young learners: Many kindergarteners have yet to master tech skills like typing, making completing work on a device difficult. With Kami, this wasn’t a problem as they could use touch devices and the drawing tools, or even dictation or the audio & video commenting tools to express themselves without a keyboard and mouse.

Commenting and adding pictures: For tasks that students wanted to complete with a pen and paper, they could do so and then simply take a picture and add it into their Kami file. They also enjoyed using the audio comment tools, (and in one precocious student’s case the video comment tool) to talk about their work, describing what they had done and what they struggled with or enjoyed.

Creating interactive live lessons: Corey was also able to bring his classroom to his remote students using Kami as an interactive online whiteboard. By sharing his Kami screen Corey and his students completed work together and even recreated some of their classroom wall charts and activities.

Finding the positives of remote learning

In fact, Corey’s processes worked so well over the distance learning period that for his class many positives have emerged after working with Kami.

“Yes, there has been hard stuff and negative things, but I like to look at some of the positives.  Kids are now getting a lot more 1-on-1 attention with their parents… a lot of families are now all home all day…. And they get to see and engage with what and how their child is learning.”

“Learning-wise [Kami] gives me a more individual idea of what each student is doing and you can differentiate more. So the instruction can be more focused on where each kid is at. I’m able to create activities and assign them to each student, but they don’t know there is any difference… because it’s always at their level no one is bored or really struggling.”

Corey is hoping that these positives will feed into the next year’s school year and support his students whatever this back to school involves. But in the meantime he had some advice for his fellow educators:

“Education is always messy and this distance learning has been no exception – but you learn best through the mess! So go ahead and try these tools, because once you figure it out you’ll wonder why you weren’t doing it before.”

At Kami we see it as our duty to support schools, teachers, and students during this tough shutdown period, and beyond. To learn more about how Kami could help you with remote learning check out our resources here. 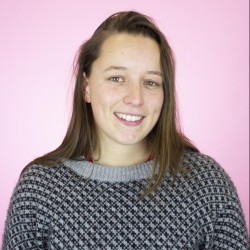 Latest posts by Cathy Breed (see all)
Share this: